A company managed by the Carozzi family sold the 17,488-square-foot property at 13353 Southwest 42nd Street for $291 per square foot, records show. The buyer is KBD 95 LLC, which is managed by Dr. Keila Hoover, a family physician in Miami.

The property was built in 1987 and sits on a 58,040-square-foot lot. The retail center’s tenants include Basic Sound and Tint, a car stereo company; and Bahamas Fish Market.

The Carozzi family bought the property in 2002 for $2.6 million, records show.

Investor interest is growing in southwest Miami-Dade County in places like Kendall, as land prices are pushing people to buy houses in the suburbs.

In 2017, Carozzi bought a boutique condo development site at 1091 Galiano Street and 44 Santillane Avenue in Coral Gables for $2.55 million. 13th Floor Homes closed on a construction loan for a massive redevelopment of a golf course in west Delray Beach.

About a year ago, Marina Lakes LLC, tied to Peter Vitale, sold the 110-acre property at 4800 Cumberland Drive to 13th Floor for $5.4 million.

In all, Avalon Trails will have about 524 residential units, built next to the Villages of Oriole.

The 13th Floor development will include single-family homes, villas and multifamily units with prices ranging from the $300,000s to $500,000s.

Zoning allowed for up to 1,200 units to be built, but nearby residents, who OK’d the current plan last year, were opposed to high-density development and wanted the project to be age-restricted. The Village of Orioles, which has 3,742 homes, is also restricted to residents who are at least 55 years old.

A number of developers are buying golf courses to convert them into single-family home communities, including Lennar Corp. and Pulte Group.

Last year, Lennar revealed plans for 415 single-family homes and townhomes on the site of the former Crystal Lake Golf Club, marking the homebuilder’s first master-planned community in Deerfield Beach in more than 25 years.

US home sales drop as inventory grows in February: report

Blackstone claims to be caught in “brazen attempted shakedown” over It…

Home flipping is at highest rate in nearly a decade: report

The first debate of the Democratic presidential primary will be held in Miami at the Adrienne Arsht Center. We chatted with NBC moderator—and Miami native—Chuck Todd (who will be j… 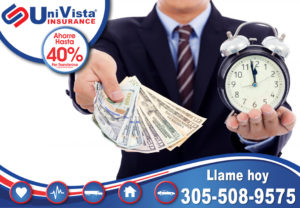 Three former executives of the Brazilian construction firm Odebrecht or their families were able to purchase condos at the Bath Club in Miami Beach, Peninsula II in Aventura and Marquis Miami in downtown Miami, according to leaked documents.

The documents, shared with the Miami Herald and other publications, show the direct ties between Odebrecht and real estate in Miami, where the company has a major U.S. presence.

Odebrecht S.A. pleaded guilty in December 2016 and agreed to a pay $2.6 billion as part of a corruption settlement with the U.S. Department of Justice and regulators.

The documents show that one of the former executives, Fernando Migliaccio, moved to Miami and said Odebrecht purchased a luxury condominium for him. Property records show the condo is at the Peninsula II high-rise in Aventura. The purchase was made through a British Virgin Islands company, according to the Herald.

Migliaccio was arrested in Switzerland in February 2016 as he was trying to transfer funds and close accounts.

Another executive, Luiz Eduardo da Rocha Soares, who was involved in the corruption scheme, bought a condo at the Marquis building on Biscayne Boulevard, according to the Herald. The unit was also purchased with a British Virgin Islands company and had an assessed value last year of more than $1.1 million.

Yet another troubled Odebrecht executive connected to Miami is the former longtime head of Venezuela operations, Euzenando Azevedo. The Brazilian was a close friend of Hugo Chávez.

The son of Azevedo owns a $1.3 million unit at the Bath Club on Collins Avenue in Miami Beach. It was purchased in 2011, then “sold” in 2013 to a new limited liability company called Azevedo Bath Club LLC, according to the Herald. [Miami Herald] — Keith Larsen

Office condo and hotel project expected to open in Q1 2020 Rendering of Ivory 214 and Bernardo Rieber

The Aventura-based firm, led by Bernardo Rieber, secured the financing for Ivory 214 from Miami-based BridgeInvest. Rieber affiliate Shalev Development Group is building the 10-story medical and professional office building, which will include nearly 11,000 square feet of retail space, a 100-room Tapestry Collection by Hilton Hotel and 313 parking spaces.

The project at 2820 Northeast 214th Street is under construction and is expected to be delivered in the first quarter of next year, according to a release. Cervera Real Estate is handling sales of the office condos, where four units remain unsold out of 34. Prices for the remaining units range from $402,600 for a 670-square-foot unit to about $3.4 million for a 6,257-square-foot office suite.

Driftwood Hospitality Management will manage the hotel, with 100 extended-stay rooms with kitchenettes. The hotel will also have a fitness center, pool and cabanas, meeting rooms, a lounge area, restaurant and bar and rooftop terrace.

The developer plans to break ground on 1212 Aventura in December and complete the project in 2021.

Aventura and surrounding neighborhoods are home to a number of medical and professional office properties, in addition to other medical-oriented real estate.

Creator of ‘CSI’ puts a twist on his Malibu listing, upping the asking…

From billion to bankrupt: Owner of The Mountain of Beverly Hills files… 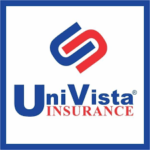 Less than a month after launching in New York City, virtual brokerage eXp Realty is in hot water with a local competitor claiming trademark infringement.

In a lawsuit filed Tuesday, EXP Realty Advisors, a boutique commercial real estate firm in Midtown, accused the newcomer of “false advertising” and “cybersquatting,” after it allegedly registered domain names and social media accounts that are confusingly similar to its own. According to the suit, EXP Realty Advisors has been in business since 2009. Although it never registered with the U.S. Patent and Trademark Office, it’s been using certain “marks” — or logos — to advertise its services for the past decade.

In the complaint, EXP claims eXp was fully aware of this fact. In April, the suit said, an affiliate of the virtual firm named Robert Creamer emailed EXP to ask about acquiring the name “eXp Commercial” since it was planning a foray into commercial brokerage.

Despite EXP’s resistance, the suit said, eXp has “continued their use of confusingly similar marks, and in fact have begun to use such marks in connection with commercial real estate services.” Earlier this month, EXP alleges, a residential agent in New York mistakenly wrote to the commercial brokerage asking join its ranks.

The Bellingham, Wash.-based firm launched in New York City this month, after hosting info sessions for agents at the Park Lane Hotel in April.

In the suit, EXP said it was seeking damages, to be determined at a jury trial. It also asked the court to have eXp destroy all labels, brochures and social media posts that are confusing, and cancel its websites or transfer them to EXP.

A mortgage bond that fell out of favor after the financial crisis has been issued by a New York private equity firm; one of a series of unconventional structures to emerge in the past year.

Financial products that culled together arcane pieces of the mortgage market have become less common in the decade since the collapse of the housing market, when entities backed by the federal government propped up the mortgage market. But some of the products have slowly started to come back in favor.

“We are starting to have a lot more creative issuance around mortgage credit,” Neil Aggarwal, Semper Capital Management’s head of trading and deputy chief investment officer, told the Journal. “I wouldn’t be surprised if there’s more to follow after this transaction.”

Home-equity lines allow borrowers to pull cash out of their properties as needed. When the financial crisis hit and housing prices fell, many owners who had been drawing from equity generated by rising prices ended up owing more than their properties were worth.

While issuers were reportedly cautious about new mortgage bonds, there had been a recent shift toward bringing certain structures back, the Journal reported, including mortgages issued for people with hard-to-trace incomes. [WSJ] — Sylvia Varnham O’Regan