Miami has been hit with hurricanes and Los Angeles has endured devastating wildfires. Those are just two cities that have dealt with recent natural disasters throughout the U.S., which in addition to loss of life, have tallied billions of dollars in real estate damage.

Despite the increasing frequency of these events, insurance companies are resisting a recent push from reinsurers to raise prices for property-catastrophe damage, according to the Wall Street Journal.

Insurance companies take out contracts with reinsurers to cover losses once they hit a certain amount, which helps mitigate risk and keep rates down should a financially devastating event occur.

Now, reinsurers want insurance companies to charge higher rates in 2019 contracts, but insurers aren’t balking. They say the reinsurers have built up a vast amount of reserves to cover those potential losses, the Journal reported.

Globally, reinsurance prices have dropped by 1.2 percent on contracts that renewed on Jan. 1, although prices rose by as much as 20 percent for accounts that had experienced catastrophic losses.

Following the Woolsey and Camp fires in California, some insurance companies there have started to pull back coverage in fire-prone areas, in order to mitigate risk.

Reinsurance can be arranged through catastrophe bonds. An insurance company sends out a portion of premiums to trust companies, which raise money from investors who agree to cover losses after a certain threshold. Such bonds are common in Florida.

There is a surplus of capital in the reinsurance market because pension funds, endowments, and other capital suppliers have poured billions into reinsurance bonds. There is $300 billion worth of reinsurance premiums worldwide and about half is up for renewal.

Reinsurers were hoping that prices would rise as much as they did in 2018 — about 6 percent. Experts told the Journal the funds have enough money to cover losses even with less-than-expected increases in rates, but could be in trouble if natural disasters continue to pound insurance companies like they have in recent years. [WSJ] — Dennis Lynch 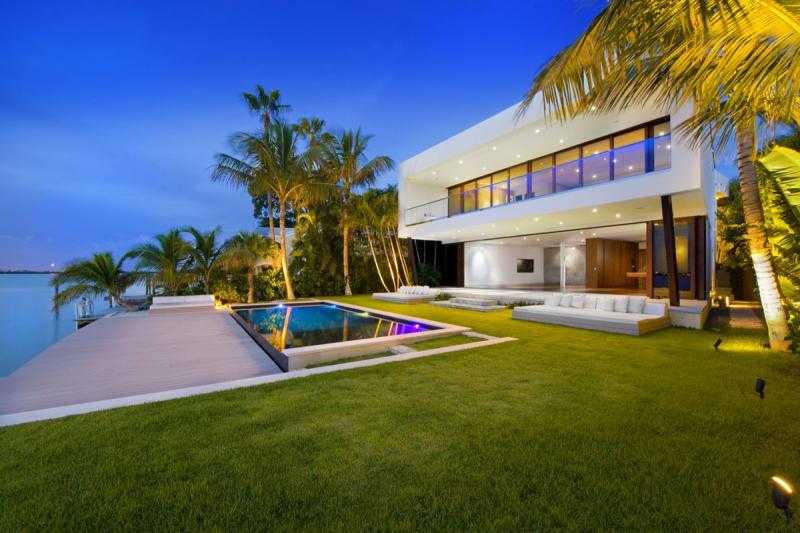 Hialeah is hot. The city has been experiencing a surge in real estate investment, bolstering its reputation as an industrial hub while also identifying it as a more welcoming place for multifamily and commercial construction following recent moves to encourage development.

But investors drawn to cheaper land prices and those who may be looking to make a quick buck on a flip could find it difficult in this working-class city where rents remain low as does the median household income, which hovers at $30,000, local developers and brokers say.

Hialeah’s sales volume last year was $217.1 million, a huge jump from $83.6 million in 2016, with most of that attributed to industrial warehouse activity, according to Real Capital Analytics.

The city has drawn strong interest from prominent developers like Codina Partners, which is planning Beacon Logistics Park, a massive warehouse on as much as 1.5 million square feet of space.

But other real estate sectors have also been steadily rising over the last few years.

From a population of 1,500 in 1925, Hialeah has emerged as a working-class city over the ensuing decades, and is now the state’s sixth largest with more than 224,000 people.

As the city has grown, it has also attracted demand for new multifamily construction, along with investment in older, garden-style apartments, according to Marcus & Millichap’s Arthur Porosoff.

“You have a buying pool that you didn’t have before and that has to do with new investors looking for the next big thing,” Porosoff said, adding he’s seen a majority of multifamily investment in Hialeah coming from New York.

Hialeah-based developer Maurice Cayon said he prefers “buying there than any other place because the numbers are right.” As head of his family-run real estate firm, Cayon Group, he owns a heavy concentration of commercial properties throughout the city and just completed Las Palmas, a 226-unit multifamily complex at 3500 West Ninth Avenue, in partnership with Tom Cabrerizo of CFH Group. It’s about 96 percent leased with rents ranging between $1,575 a month to $1,850 a month, according to its website.

The city is revamping the eastern section to court millennials. In 2016, the Hialeah City Council gave final approval to increase the density on more than 300 acres in the district in order to spur commercial and residential development there. The rezoning centers around two transit locations: Hialeah Market Station and Tri-Rail/Metrorail Transfer Station.

That area, often characterized as an industrial and manufacturing district, now allows developers to build up to 15 stories with 125 residential units per acre, depending on the location. The plans also allow for reduced parking requirements on 80 acres of land.

A representative for Hialeah Mayor Carlos Hernandez did not return repeated requests for comment on the rezoning and any recent redevelopment moves in the city.

Multifamily buildings are now trading in the range of $150,000 per unit, Porosoff said. And though most buildings sport low rents, he said, buyers can still expect a 6 percent cap rate, translating to steady income for investors.

“Rent in Hialeah has gone up about 40 percent the last 10 years,” said developer Alex Ruiz, principal of Prestige Companies. Over the last two years Prestige has completed more than 200 units in the area. It’s in the middle of delivering Las Vistas at Amelia, a 174-unit rental complex in Hialeah.

Ruiz, a former Hialeah resident, said while multifamily construction is picking up, the city’s residents cannot yet support high-rise projects that officials have envisioned.

He said the rezoning has drawn a number of investors who have bought the remaining pieces of land. But he worries Hialeah’s cheaper rental market is a double-edged sword.

“There’s been massive amount of new speculators looking for density and approvals with the intention of flipping the land, but [where rents are at now] it’s next to impossible.”